Today, Interligne announced the 3 winning teams in the second annual Take Action Against Bullying contest sponsored by Desjardins. This screenwriting contest is an opportunity for young people to reflect on anti-LGBTQ+ bullying and combat discrimination through artistic expression. Winners will get the chance to work with a team of professionals and direct their short films in Montreal at the beginning of March.

Teams were invited to submit a screenplay that speaks out against bullying based on gender and sexual diversity. Thanks to the Grand Prix Desjardins, the winning teams will be awarded a trip to Montreal to take part in the video shoot for their script. The teams will be put up at M Montreal and meals will be included throughout their stay. The young screenwriters will also be coached by actor and Interligne spokesperson Sophie Paradis to further their artistic development.

“If young people feel strongly about something, we think it’s important to give them a voice and let them be heard,” said Pascal Vaillancourt, Interligne’s executive director. “So we’ll be using these videos for a bullying awareness campaign in spring 2020.”

Interligne would also like to thank École spécialisée Marc-Laflamme / Le prélude and Lower Canada College for their outstanding contributions. They submitted screenplays for the second straight year, and two of this year’s winning teams are from these schools. Great job!

Desjardins, youth program partner 2 years strong
Last year, Desjardins announced that it would be a major partner of Interligne’s youth services and an official presenter for the Gender, Identity and Sexuality Alliances (GISA) program. “We’re happy to be able to work with Desjardins for the second annual contest,” added Mr. Vaillancourt.
Interligne is a key resource for gender and sexual diversity among LGBTQ+ youth and ensures that this community has access to psychosocial support. The organization plays an important role in elementary and secondary schools, CEGEPs and youth centres.

About Interligne
Interligne provides support and information to members of the LGBTQ+ community, their friends and families, and community, health, education and social services professionals. The organization promotes the well-being, visibility and inclusion of individuals who are marginalized because of their gender identity or sexual orientation. Interligne also operates a 24-hour helpline, youth programs and anti-violence programs, produces an LGBTQ+ resource guide and FAQ, and runs awareness-building activities.

For more information on the contest, click here: https://agis.interligne.co/concours 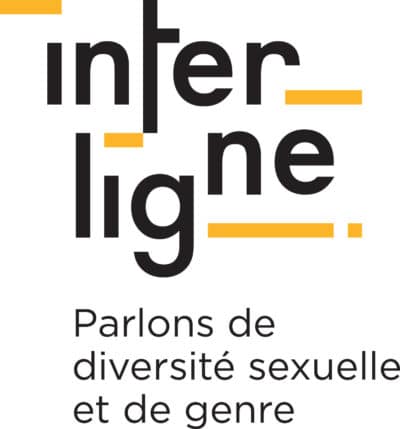