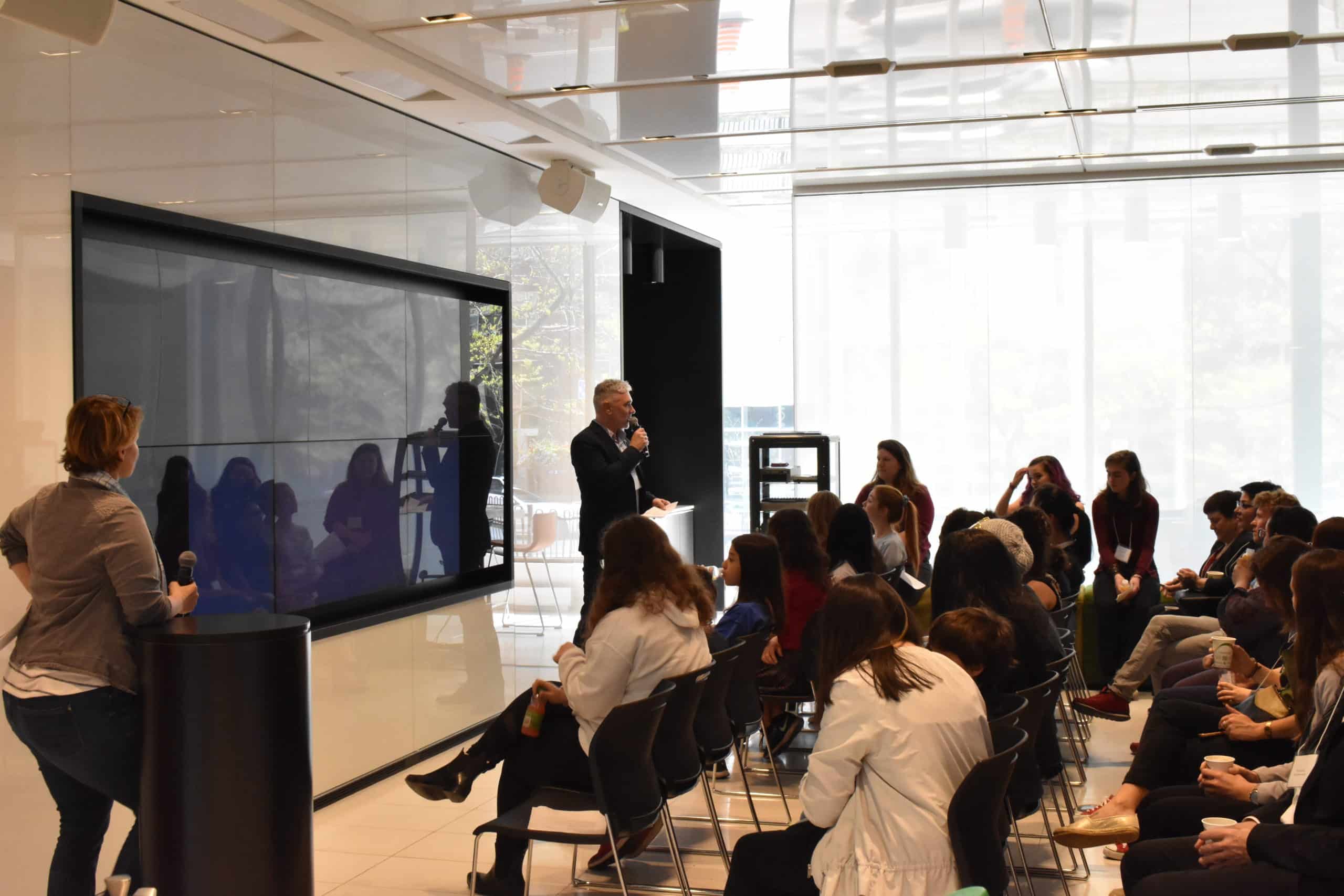 Montreal, May 31, 2019 – Interligne gave a sneak preview of the videos produced for the “Take Action Against Bullying!” contest to an audience of roughly 30 young people. These videos will be unveiled on social media from June 3–7 as part of an online awareness campaign by young people, for young people.

“It’s important that our videos help victims of bullying understand that they’re not alone, and that people are there to help and support them,” said one participant. “It’s so incredible to watch actors bring your script to life!”

All of the scripts written by the winning teams relate to aspects of sexual orientation, gender identify and gender expression. Asexuality, lesbophobia, homophobia and what it’s like being trans are all treated in an accurate and moving way by these young scriptwriters. Though these videos are each just a few minutes long, the teams managed to bring these issues to the screen and share the challenges and prejudices they face every day with other people their own age.

“The teams that won the contest were very creative and came up with situations that are very real for thousands of young people. What’s even more interesting about this project is that each of the videos ends on a hopeful note, or points the way to a solution for young people who may need support,” remarked Pascal Vaillancourt, General Manager of Interligne. “We would also like to thank the Ministère de la Famille and Desjardins for their financial support and their commitment to young people.”

The “Take Action Against Bullying!” contest: Messages that resonate, by and for young people

The GISA (Gender, Identity and Sexuality Alliances) contest against bullying began roughly 8 months ago. Young people aged 12-18 from all over Quebec were invited to enter the contest. They submitted their scripts, and the winning teams had their scripts filmed by a team of professionals. The winning teams were from: Louis-Philippe Paré school in Châteauguay; Marc Laflamme / Le Prélude school in Pointe-aux-Trembles; Les Pacifistes youth centre in Waterville; and Lower Canada College and Saint-Jean Vianney College in Montreal.

Thanks to Desjardins, one of the main partners for Interligne’s youth services and the presenter of its GISA program, the winning teams were able to attend the video shoots for their scripts, which were brought to life by a professional production team. The winners stayed in a hotel in Montreal, took part in the filming, and enjoyed a varied of fun activities. They also had the chance to get a few acting tips from

“If we want to enrich the lives of people and communities, we can start by embracing diversity in all its forms. We’re very proud to be teaming up with Interligne to support their youth program. I know that together we can make a difference in our communities,” explained Simon Déry, head of Desjardins Group’s LGBTQ+ committee and general manager of the Caisse Desjardins du Lac des Deux-Montagnes.

Starting Monday, June 3, contest highlights and one video per day will be revealed at  : gisa.interligne.co/contest/

Pronouns : how to use them