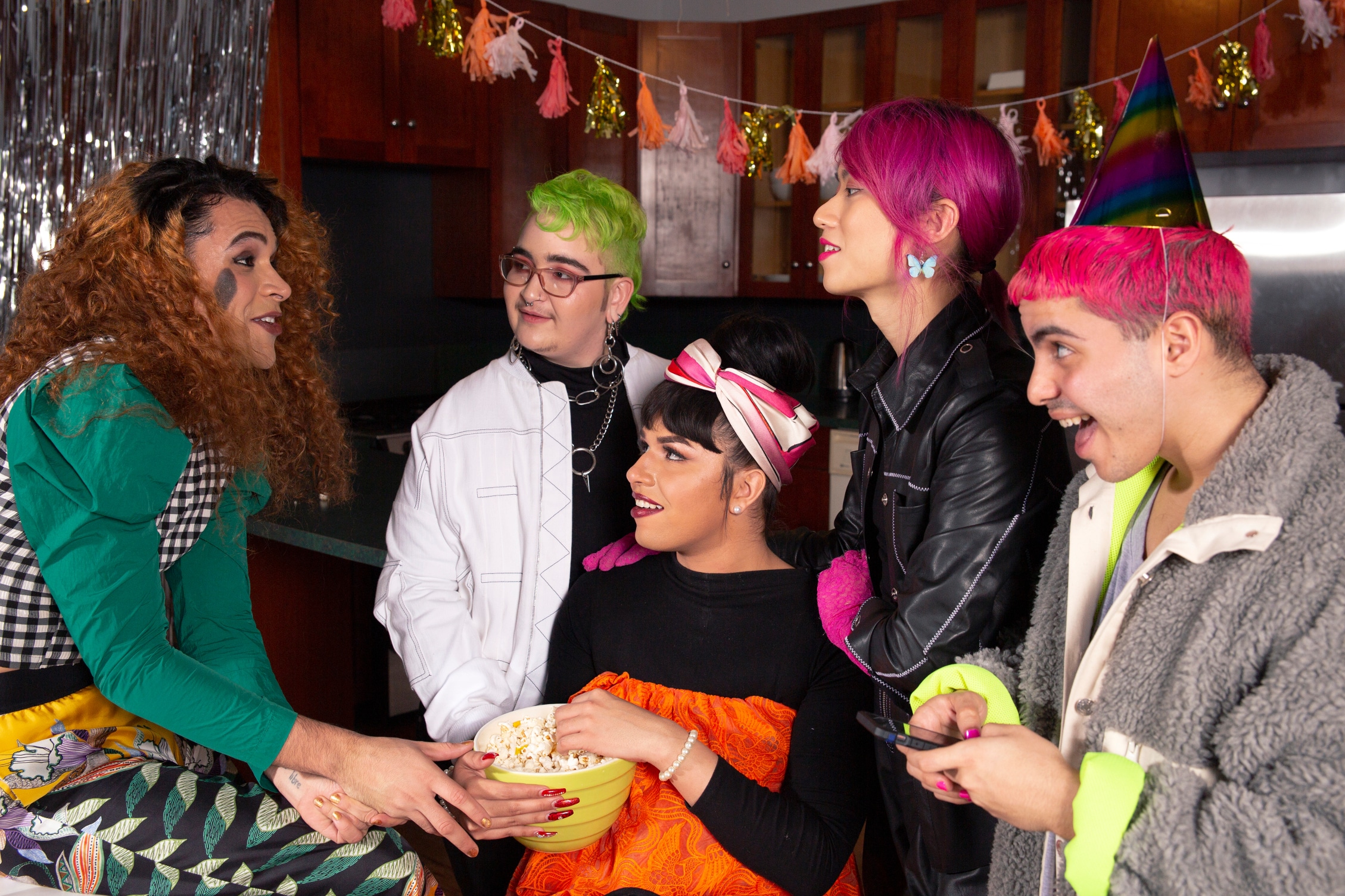 Being a non-binary person means to identify neither exclusively a man nor exclusively a woman. There are multiple possibilities: some people are outside the man-woman continuum (it can be a third or fourth gender, for example), other people are a mix of man and woman, some are agender (they don’t feel like they adhere to the gender system), and some are gender fluid, meaning their gender can change from time to time.

You have to know that this list is not exhaustive. For many people, gender is creative, so it’s up to you to decide how you express it!

Even though English is not considered a gendered language (objects aren’t inherently feminine or masculine), it still heavily designates people based on gender. So, what can we do about that, and how do we adress people that don’t feel like a he or like a she?

First, some people prefer to use singular ‘they’. It’s probably the most popular option among non-binary folks.

You can also use neologisms, that’s why they exist! Neo-what? Neologisms! These are new words created to better reflect some realities, to put emphasis on something, etc.  If you want to know more about them, visit the vappingo website.

However, some non-binary people prefer to use pronouns derived from neologisms. Some of them are Ze/hir/hirs ; Ze/zir/zirs ; Xe/Xem/xyr ; Co/cos ; Hy/hym/hys ; Ey/em/eirs. Others prefer that you use their name instead of any pronoun. Your pronoun choice belongs to you, no one should invalidate it!

Finally, it’s always better to stay neutral when you talk to a group of people, or even to a person that you don’t know (to avoid assuming what their gender is). So, instead of saying « ladies and gentlemen », you can say something like: « folks », « friends » or the informal « y’all ». It’s called Gender-Neutral language, and it’s what we use here at Interligne, in order to be inclusive of every single person, no matter what their gender identity is.

What you must keep in mind is that there are no right or wrong answers, but it is essential to respect each person’s choice. To make this happen, it is necessary to use strategies to avoid assuming people’s pronouns and genders. You can write your pronoun(s) in your email signature, or ask people’s preferred pronouns… and apologize when you get it wrong!